I recently told a story at Lancaster Story Slam.

It has taken awhile to get here but I am happy to announce that Story Slams are coming to the Lehigh Valley. This unique art form is growing in popularity throughout the country.

At a Story Slam there is a monthly theme. Anyone can sign up to take to the mic and tell a 5-minute story fitting the stated theme. The story should be as true as you remember it. No notes, no music and no props are allowed. Judges in the audience rate each storyteller on content and presentation. The night’s winner gets the coveted Story Slam trophy, and a slot at the Grand Slam held in November where they will compete with other winning storytellers. Stories are told by old and young alike. You do not have to be an expert, just a person that has a story to share. It is that sharing that makes the evening a special time of fun for everyone. I also feel a sense of community by attending Story Slams. I have new friends that I’ve met because of Story Slams and I wanted to bring that sense of connection and friendship to the Lehigh Valley.

Please allow me to introduce myself. My name is Dennis Boyne and my wife and I have been part of the Lehigh Valley for the past fifteen years. I was a former District Manager with AT&T and am presently a consultant with Legacy Solutions in the areas of telephony and network. I am also on the Public Policy Committee with the Lehigh Valley Chamber of Commerce. I have served on three boards, WDIY, Project of Easton and the Small Business Council of the chamber.

My second life is one of show business and entertainment. I have been the past artistic director of Philemon Productions in New Jersey and was part owner and Creative Consultant for New Jersey Public Theater in Cranford, NJ. I have acted, produced or directed over seventy productions. I won the New York Daily News Drama Critic Award, New Jersey Edition for my portrayal of Marat in the play Marat/Sade.

In the past few years I have been studying and performing in story slams through out Pennsylvania and New York. At one of the slams in Scranton, I met Jim Breslin who is the founder of the West Chester Story Slam. Jim is a former producer with QVC. He told a wonderful story that night and I decided to visit and perform at his slam in West Chester. Since that time, Jim opened up two other Story Slams, one in Delco (Delaware County) and one in Lancaster. 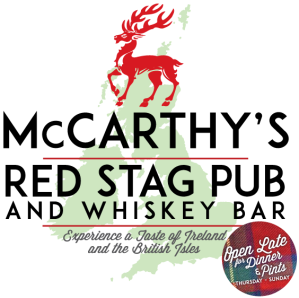 Over the past month, Jim and I decided to partner and bring Story Slams to the Lehigh Valley. I will produce the performances with the fine tutelage and expertise Jim brings to the events. In addition, we have partnered with McCarthy’s Red Stag Pub in Bethlehem to host our story slams.

Won’t you please join us? Tickets are on sale now for our May 20th event where the theme will be New Beginnings. We’d love to hear a story!

Tickets for the May 20th Story Slam can be ordered here. You might also be interested in joining our newsletter list to stay up-to-date on our 2015 events.

What’s a story slam story sound like? Here’s the story I recently told in Lancaster. Enjoy!

Our next  Story Slam’s theme is  “Its Up to you!”
Location: McCarthy’s Red Stag Pub, Bethlehem, Pa. May 20th 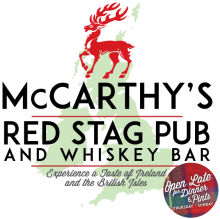 Our Stories are on